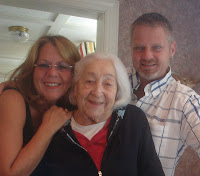 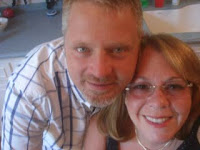 John and I took Mom to see Cavalia in DC on Saturday. We took in the 2:00 matinee and had a great time, once we got there. My Honda Pilot's navigation systems is, how should I say it....sucky. Got lost once on the way down and once on the way back. But, as life is these days, the 'lost' times were very fun and triggered some interesting memories for Mom. On one of our lost excursions, we wandered into an area where Aunt Molly worked in a grocery store and, over there (somewhere) was zaidie's store. Ended up on MacArthur blvd and saw some gorgeous old homes. The ride home was sort of like sailing - the trip was about the journey, not necessarily the destination. Ah, but I've digressed...

Cavalia is a fascinating show highlighting some highly trained horses and acrobats. However, unless you're aware of some horsey facts, you might not be as amazed at the moves that these animals learn and execute flawlessly - such as switching cantering legs or doing a cross step where all 4 legs cross over sideways. I know how hard these moves are as canine freestyle (which I do with Killian) is based on these horse dressage moves. I also saw the white stallions when I was in Vienna for business one year so knew some of the fancier moves and explained them to Mom so she knew what to watch for.

Regardless, Cavalia is an amazing show although not so much for younger children. We had a 4 year old behind us who didn't want to sit still or stop chatting. Even the parents were getting frustrated! 4 year olds would have more fun at a petting zoo, up close and personal. But, older children (I'd recommend 8 and up) and adults may love this show. It's a bit pricey at $100 or so a ticket but it's a worthwhile trip if it comes to a city near you. Mom really had a great time and John and I both love getting her out with us as much as we can. 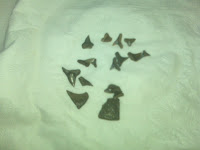 Spent yesterday down at the bay, sailing to nowhere (at a slow pace, btw!). But, the sun was warm, John even took a swim (I was not as brave as the water was 70 degrees - burr...), the bloody mary's were flowing, and we had a great time with friends Al and Michelle. We took a walk over to Chesapeake Beach where I found a man who taught me to find shark's teeth and skate plates (they grind their food between serrated plates - the thingee in the bottom of the photo to the left is from a skate (about 10 thousand years ago!).

Now, I've looked for 51 years and never found one shark's tooth - this guy reached down and found 8 in about 2 minutes. I finally found one on my own although John tried to help me along I think by 'planting' one in a group of shells in his hand for me to find - well, it counts...He got pretty good at finding them too. I'm ready next time though - I know what to look for now (well, it's a theory).
Posted by Unknown at 9:16 AM